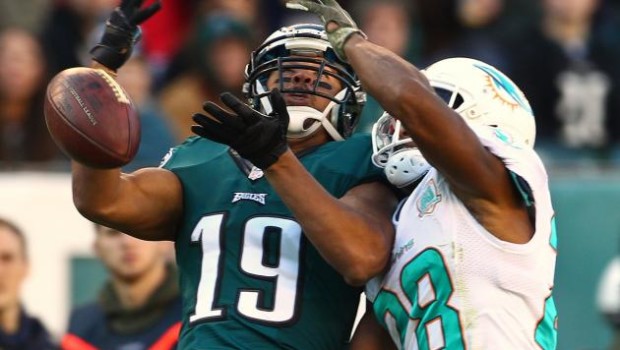 Chip Kelly delivered the upset of the year on Sunday, a 35-28 victory over the New England Patriots.

And he also added a Christmas gift on Monday when the Birds released wide receiver Miles Austin.

Austin, a 31-year-old who signed for $2.3 million back in March, had just one reception for 12 yards in his last four games.

While this could be an example of Kelly simply preferring youthful energy in the lineup, it is interesting that the move is coming after a statement victory in which Kelly tinkered with the lineup. He also admitted to running the football more in order to aid his winded defense.

Austin also gets the rest of his money because he is a vested veteran.

Austin was seen as a high-priced flier for Kelly, especially after he went on injured reserve in 2014 with a kidney issue as a member of the Browns. Austin spent the previous eight seasons in Dallas.

As of Sunday night, he was the seventh active receiver on the roster, which is never a good sign.