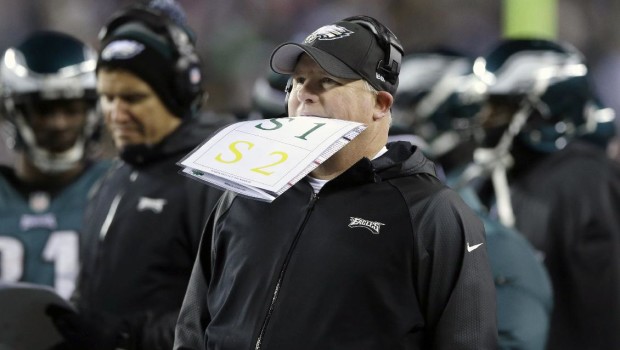 While Chip Kelly’s coaching choices at the skill positions were dubious ones, but his choices for the men in the trenches — offensive coordinator Pat Shurmur and defensive coordinator Billy Davis and his O-line and D-line — were nothing short of brutal.

Kelly did not fail here because he wore his defense out with his style of play on offense. Or simply because of miscalculations on the timing of Sam Bradford’s recovery, the adaptability of DeMarco Murray, or the ability of any and all of his pass catchers to separate – or to catch, for that matter.