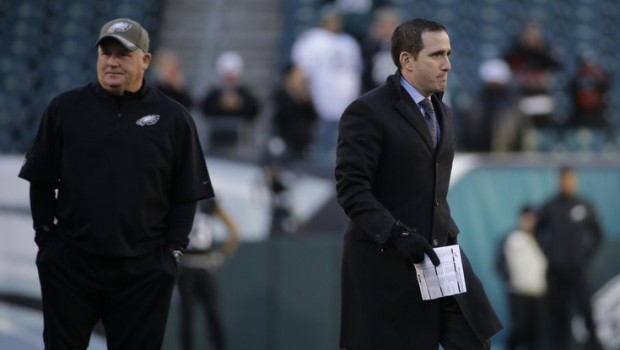 KELLY ON HOWIE BOY: WE GET ALONG, DON’T KNOW WHAT HE DOES

In so doing he gave coach Chip Kelly complete control of the personnel side of the franchise, and since then Kelly has been virtually mute on the subject.

Until a recent round table interview between Kelly and the Philly media, during which Kelly was asked if he had a good relationship with Roseman.

“I have a good relationship with Howie,” Kelly responded. “I think he does a good job in what his job is now in terms of overseeing contracts, in terms of overseeing all those other things that are under it. I don’t know exactly — there are some things he’s doing — I don’t know exactly what those are. Those are under the direction of Mr. Lurie. But my interaction with from a contract standpoint, I have a good relationship with him.”

0 thoughts on “KELLY ON HOWIE BOY: WE GET ALONG, DON’T KNOW WHAT HE DOES”