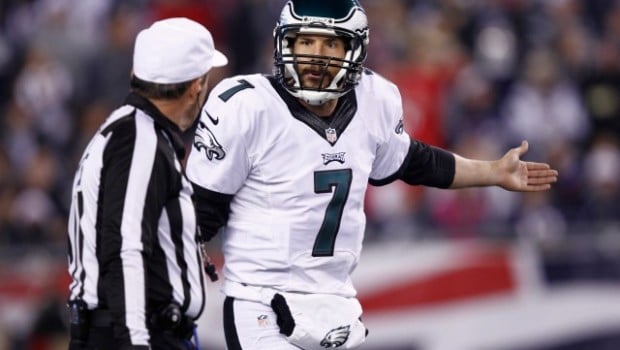 JUST HOW LONG WILL BRADFORD LAST AS EAGLES’ STARTING QB?

So, mandatory mini-camp starts today for the Eagles, and the question continues:

If Sam Bradford is truly the starting quarterback, as coach Doug Pederson has said many times, just how long will he last at that spot during the 2016 season?

Big boss Howie Boy Roseman tried to fix all the Eagles’ problems in one year.

He gave Bradford a two-year, $35 million contract to win now. Roseman gave Chase Daniel $7 million a year to be coach Doug Pederson’s backup. The GM traded up twice in the first round to make Carson Wentz the franchise quarterback of the future.

Bradford created the first headache by staying away from organized team activities for two weeks because he felt blindsided by the Wentz pick.

Pederson named Bradford the starter last week. Bradford’s play will be the key to the season, and a bad performance will draw the scorn of Eagles’ fans. Bradford has to accept the fact that he’s probably gone after this season, so it’s all on him to make it work.