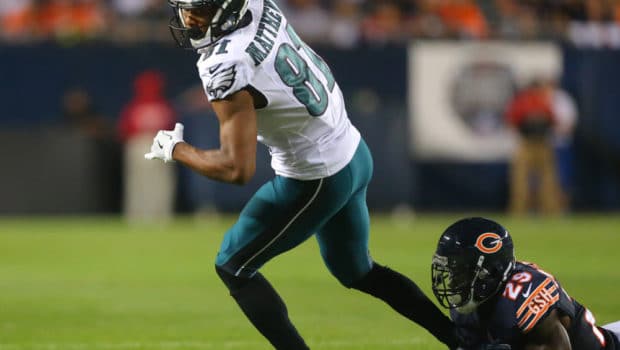 JUST IN: EAGLES DEAL MATTHEWS TO BILLS FOR CB DARBY AND A 3!

The Eagles have traded receiver Jordan Matthews to the Buffalo Bills for cornerback Ronald Darby and a 2018 third-round draft pick. The 5-11, 193-pound Darby was a second-round draft pick of the Bills in 2015, has been a starter in all 29 of his career games over the past two seasons and has had 121 tackles, 32 passes defensed, three tackles for loss, and two interceptions with the Bills. In 2016, Darby had a career-best 69 tackles and 12 passes defensed. Darby is just 23 years old and has two years left on his rookie deal.