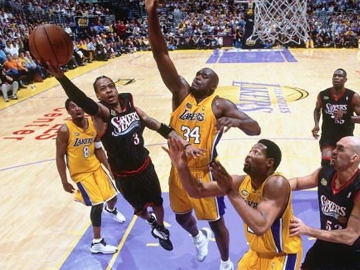 Everyone already had their brooms out. But Allen Iverson didn’t even flinch. He played 52 straight minutes and dropped 48 points in game 1 of the NBA Finals, but two of them were far more important than the rest, and Tyronn Lue’s grandchildren will probably never hear the end of it.

Philly won the first game 107-101 but Lakers took toe series and the NBA title in five.