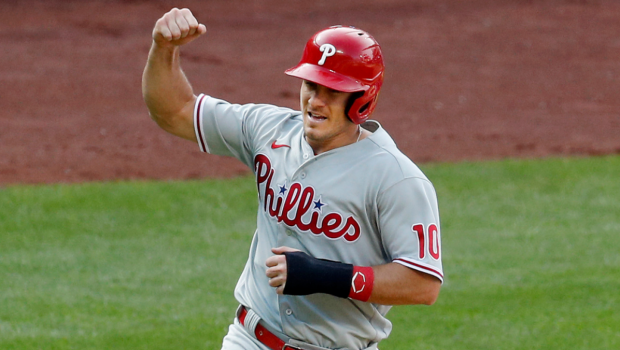 JT’S ON FIRE: 3 STRAIGHT MULTI-HIT GAMES, CATCH OF THE NIGHT!

J.T. Realmuto went 2-for-4 with a two-run home run and a double in the Phils win over the Marlins.

Realmuto blasted a two-run home run to center field in the top of the fourth — his eighth home run of the season.

He also lined a double to center in the top of the sixth.

That makes three multi-hit games in a row for the veteran catcher.

And just for good measure he made the catch of the night!