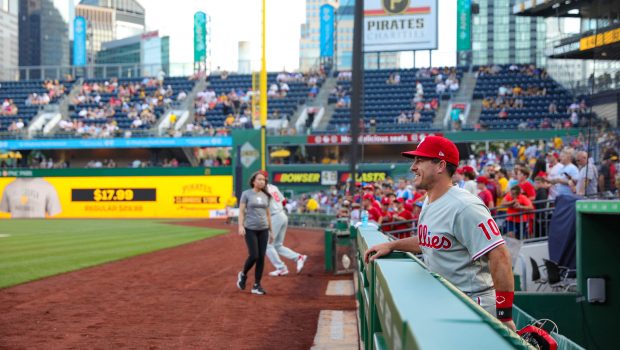 After JT Realmuto put the Phillies on top 1-0, the Pirates had a runner on third with one out in the sixth, but Suárez also got through that unscathed.

“I think everything with Ranger is based on hitting the locations with his fastball,” manager Rob Thomson said.

“If he’s throwing strikes and hitting his spots, his stuff plays up. His velocity was up tonight. I saw a bunch of 93s. When he’s doing that, his secondary stuff plays up. He fields his position very well. He does a lot of little things within the game to help himself.”