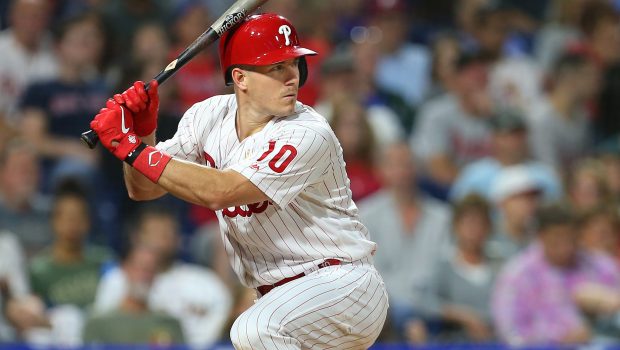 JT BLASTS 22ND AND PHILS MAGIC NUMBER IS 2 WITH 3 TO PLAY!

J.T. Realmuto blasted his 22nd home run of the season, leading the Phillies to an 8-1 rain-shortened seven-inning victory over the Nationals.

Realmuto clubbed a solo homer to right field, extending the Phillies’ lead to eight runs in the sixth inning before the game was finally called due to ongoing rain showers and calamitous field conditions at Nationals Park.

With the victory, the Phillies’ magic number to secure the final NL Wild Card spot is down to two with just three games left in the regular season.

J.T. tacks one on! #RingTheBell pic.twitter.com/BaNkfSudFK