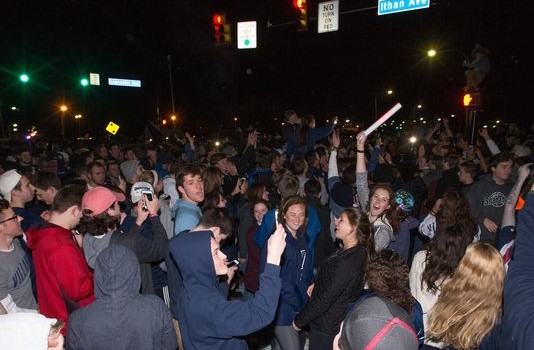 The Villanova campus celebration last was relatively violence and injury-free, except for this:

A police horse was assaulted in the aftermath of Villanova’s national title celebration around campus, leading to one of the two arrests in Radnor Township, Pa., as of 2 a.m. today.