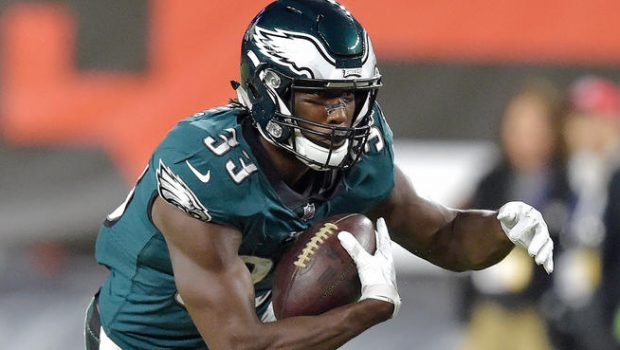 ADAMS WAS EAGLES’ ONLY BRIGHT SPOT IN AN EMBARRASSING DAY!

It was a day to forget for Carson Wentz, who had nothing going on down the field. All five of his deep targets on the day fell to the turf.

Josh Adams (above) looked impressive on his limited touches — 53 yards on seven carries. He moved the chains multiple times and had an impressive 28-yard touchdown scamper.

The injuries in the secondary were far too much to overcome. Chandon Sullivan was forced into the most extensive action of his career (26 snaps) and allowed all 50-plus yards in coverage.

One of the lone bright spots for the Eagles on either side of the ball was defensive tackle T.Y. McGill. In only his second appearance of the season, he collected two stops against the run: