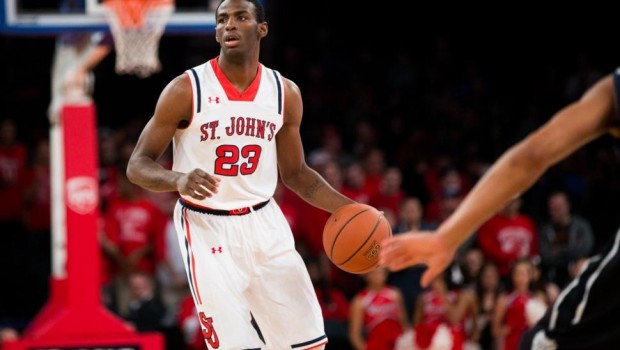 And their attempt to win their 14th game will be that much tougher because Philly’s Rysheed Jordan has returned to Red Storm and will play tonight.

Jordan, a 6-foot-4 sophomore who starred at Vaux High School, returned to practice Monday for the Red Storm (11-3) after taking a leave of absence. A news release said Jordan went home to be with family after the death of his grandmother, Roslyn “Bootsie” Walker.

“He’s got a good group of people here that care about him,” St. John’s coach Steve Lavin said Monday. “Sometimes the best remedy for a heavy heart is getting back to doing the thing you love and to be with people that care.”

Jordan missed Saturday’s 73-69 home loss against Butler to be with his family in Philly after the death of his grandmother, the school said in a statement on Monday.

“Rysheed has returned from his home after going through a challenging week,” St. John’s coach Steve Lavin said in a statement. “He will practice with the team today and suit up tomorrow for our game with Villanova.”