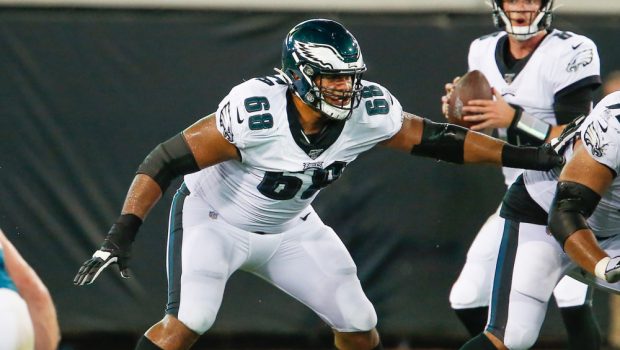 JORDAN MAILATA HAS BEEN A VERY BRIGHT SPOT ON EAGLES O-LINE!

That’s not how he wants to be known anymore, though.

Now, he wants to be judged on his merits as a football player, and things are going pretty well on that front.

That doesn’t mean he can’t still call on his rugby past when the opportunity presents itself.

@Eagles @jordan_mailata just needs to keep playing. His sets are consistent; his power immense. The more he plays the more natural he looks. There are building blocks on this team. Big test v a very good player @saints on Sunday #BaldysBreakdowns pic.twitter.com/MyeJy8lrt3