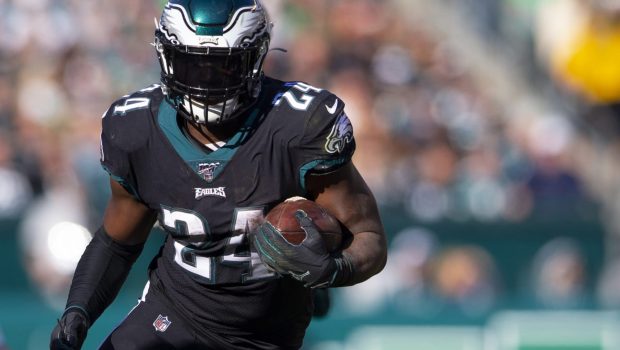 Eagles running back Miles Sanders was carted to the training room in the second quarter of Sunday’s game, and Eagles coach Nick Sirianni says he is unlikely to play this week, but the team isn’t ruling Sanders out yet.

“Miles will probably be down,” Sirianni said yesterday. “We’re week-to-week with him, so it’s a stretch for him to be up this week, but we’re not ruling anything out yet.”

Sanders had six carries for 30 yards before his injury. In seven games, he has 82 touches for 418 yards, including 63 carries for 300 yards.

The Eagles used Boston Scott and rookie Kenny Gainwell after Sanders’ departure Sunday. The team also likely activates Jordan Howard from the practice squad for this week’s game against the Lions.

“We have Jordan on the practice squad as well,” Sirianni said. “We feel really good about him.”