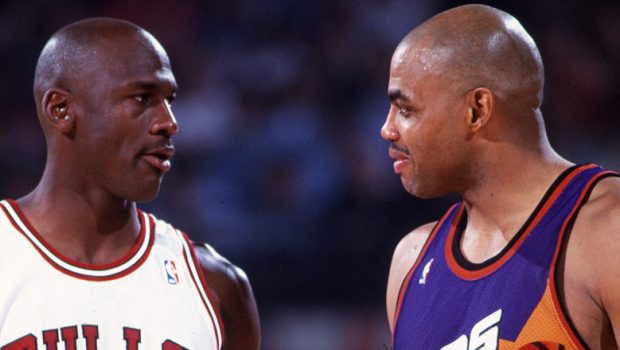 Former Sixers great Charles Barkley is “really, really sad” about the end of his longtime friendship with Michael Jordan because of critical comments Barkley made about the way Jordan ran the then Charlotte Bobcats franchise.

“The guy was like a brother to me for, shoot, 20-something years,” Barkley said on ESPN 1000 in Chicago. “At least 20-something years. And I do, I feel sadness. But to me he’s still the greatest basketball player ever. I wish him nothing but the best. But, there’s nothing I can do about it, brother.”

In the wake of the most recent episode of “The Last Dance” that featured Barkley’s Suns falling to Jordan’s Bulls in the 1993 NBA Finals, Barkley was asked again if there was any hope the relationship between the two stars could ever get back to where it was.

What if Jordan were to call and tell Barkley that he was wrong and he understood that the commentator was just doing his job?

Barkley, who has been a frequent guest on the program for more than a decade, originally made his comments on the same show over eight years ago. The relationship has been broken ever since.

“The thing that bothered me the most about that whole thing, I don’t think that I said anything that bad,” Barkley said. “I’m pretty sure I said, ‘As much as I love Michael, until he stops hiring them kiss-asses, and his best friends, he’s never going to be successful as a general manager.’ And I remember pretty much verbatim I said that. And the thing that really pissed me off about it later is Phil Jackson said the exact same thing.”

What frustrated Barkley is the fact that Jordan still has a relationship with Jackson, but has cut off communication with somebody who had been one of his closest friends in the league.

“Listen, if you’re famous, and Michael at one point was the most famous person in the world, everybody around you is either on the payroll or letting you buy drinks and dinner and flying around on your private jet. Very few of your friends are going to be honest with you. And that’s very hard for any celebrity, but especially somebody of his stature.

“But I thought that was one of the reasons we were great friends. Like, ‘I can ask Charles anything and I know he’s going to give me a straight answer.’ But part of my job [as an analyst] is, because I can’t go on TV and say ‘Another general manager sucks’ and then just because Michael’s like a brother to me say ‘He’s doing a fantastic job.’ That would be disingenuous.”

Barkley said part of his job as a broadcaster is to sometimes be critical of people and teams he likes personally. A former 76er, Barkley compared his rift with Jordan to one he has with a current Sixers star.