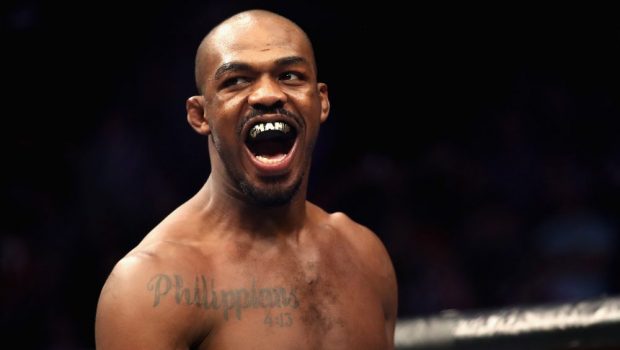 JONES PUMMELS GUSTAFSON IN 3 TO RECLAIM TITLE IN UFC 232!

Jon Jones (23-1, 1 NC) reclaimed his 205-pound title last night in a dominant, third-round finish against Alexander Gustafsson (18-5) in UFC 232 that was Jones’ first appearance in 17 months.

The end came at the 2:02 mark of the round, when Jones took Gustafsson’s back on the ground and hammered him with punches to the side of the head.

“I know there’s a guy who’s been calling himself ‘champ champ,'” Jones said. “I mean, what guy just gives up his belt because somebody else made it home?

“Daddy’s home, D.C. Prove to the fans that you’re a ‘champ champ.’ Come get a taste. I’m here. Get your belt back. It’ll be waiting right here.”

Cormier took to Twitter immediately after the fight to respond to Jones’ remarks. In an apparent reference to Jones’ doping history, Cormier wrote, “I mean s—, he should win! Dude starts with a head start every time.”

Last night’s win over Gustafsson was a satisfying result for Jones, who went into the fight amid a swarm of controversy, which has become part of his legacy. The UFC uprooted the event from Nevada to California because the Nevada State Athletic Commission could not license Jones quickly enough after an atypical drug testing result on Dec. 9.

It was also a decisive result for a rematch that was five years in the making. In September 2013, Gustafsson gave Jones the hardest five-round fight of his career but ultimately came up short by unanimous decision. In this highly anticipated second chapter, however, Gustafsson had nothing for him.