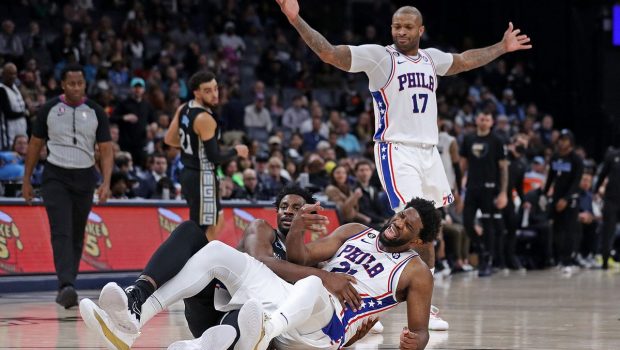 Joel Embiid had 35 points, 11 rebounds and eight assists for the Sixers Tobias Harris added 21 points and 11 rebounds, and Shake Milton had 17 points and six assists.

The Grizzlies led by 18 early in the fourth, but the 76ers cut the Memphis lead to single digits with about five minutes left and were within 111-106 with three minutes to go.

But Memphis was able to hold on, with Jackson blocking a shot at the rim as Embiid went for a dunk with about 25 seconds left.

Both teams were coming off poor performances in Wednesday night losses. Philadelphia lost to Cleveland by 28 points, while Memphis lost to Minnesota, committing a season-worst 27 turnovers and going 18 of 30 from the free throw line.

“We had too many spurts where we weren’t the physical team,” said Harris, who made five of his six 3-pointers. “Didn’t get the 50-50 balls and they killed us on the boards to create extra possessions.”