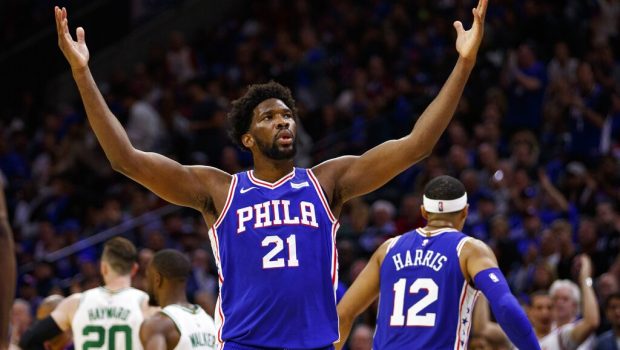 The Sixers won in Detroit without star center Joel Embiid, who dinged his ankle in last Wednesday’s opening win over the Celtics.

And they may be without him again tonight in Atlanta when the Sixers take on the Hawks.

His ankle will be evaluated today, and the team says he is iffy.

The Sixers have benefited from the addition of free agent Al Horford, who began his career with the Hawks.

They signed Horford to help boost the team’s production when Embiid is unable to play, and Horford responded with 23 points, nine rebounds and five assists in Detroit.

Having Tobias Harris available from the start of the season has helped, too. The veteran, who joined the Sixers last season after a trade from the L.A. Clippers, brings another outside shooting threat to the lineup. He scored 29 against Detroit, including four 3-pointers.

“It’s a brand-new season — ready to go,” Harris said. “Ready to play and ready to take down whoever is in front of us.”

Harris averaged 18.2 points in 27 games with the Sixers last season. He is averaging 22.0 points and 11.0 rebounds and shooting 61.5 percent from the field.

Atlanta had great success against Philly in 2018-19, winning three of the four meetings during the regular season, twice in the last two weeks before the Sixers began a playoff run that landed them in the Eastern Conference finals.