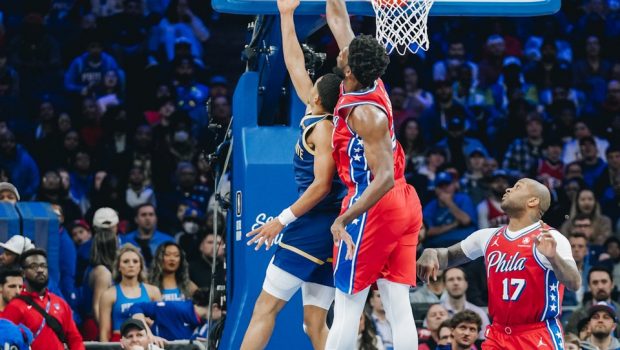 JOJO GOES FOR 34 AND 13 IN SIXERS DEFEAT OF DUBS

It took a little while for Embiid and the 76ers to get going against a Warriors squad without Stephen Curry (shoulder) and Draymond Green (knee), but the big fella eventually took over.

Embiid is up to 12 double-doubles on the season, scoring at least 30 points in nine.