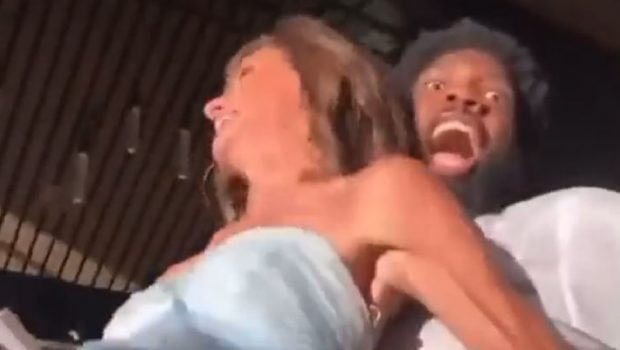 JOJO EMBIID IN A TUX HAS A BLAST DANCING THE HORA, NO INJURIES!

Sixers center Joel Embiid went viral over the weekend with this video of him dancing at a Jewish wedding.

Michael Ratner, a filmmaker who is friends with Embiid and even worked on a documentary project on Embiid’s journey to the NBA, got married.

Joel Embiid dancing the Hora is the only thing I want to see on social media this week. pic.twitter.com/4HLXEaw2bj