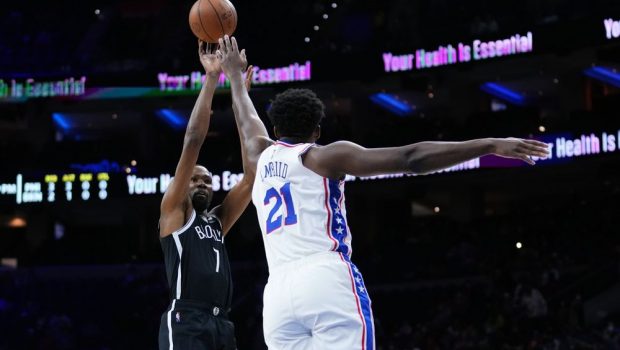 Furkan Korkmaz scored 27 points and Isaiah Joe 20 as the Sixers beat the Brooklyn Nets 115-104 in an exo without star point guards.

Kyrie Irving was not with the Nets. He is unvaccinated, and he has had limited practice time because of a New York City coronavirus vaccination mandate.

Ben Simmons made an offseason trade demand of the Sixers and has not been with the team in the preseason, but his representation at Klutch Sports is working with the team on a possible resolution.

Andre Drummond scored 16 points and Joel Embiid scored 14 points on 6-for-8 shooting in just over eight minutes of action for Philly.

Kevin Durant scored 23 points on 9-for-13 shooting and James Harden added 21 points on 8-for-14 shooting for Brooklyn.