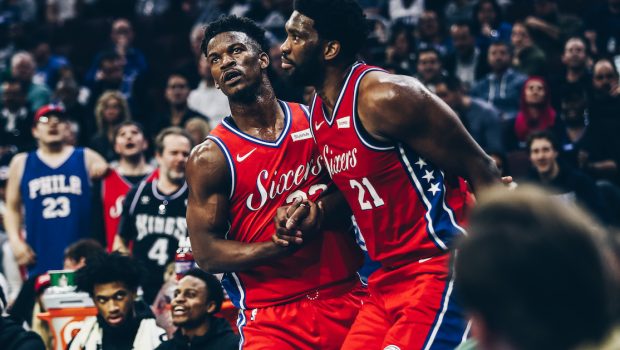 Then Butler caught wind of the story, and the 30-year-old had nothing but great things to say about his former teammate:

“That’s my guy. Outside of basketball, I love that man to death. He knows that,” he said of Jojo.

“I tell him every opportunity I get, and I appreciate him for making me a better player, a better leader, better at understanding so many different things. I talk to him all the time, and I tell him, ‘I wish you were still in the playoffs, because you deserve a championship.’ Because he works. He works at it, and that’s just my guy.”

Embiid sent out a one-word tweet moments after Butler’s 40-point gem in Game 1, in which the Sixers big man simply said, “If…” For most, this was Embiid pondering the Sixers’ fate had they kept Butler on board, instead of parting ways with him during the offseason.

Addressing the tweet in question, Butler admitted that like Embiid, he too wishes that they were still both on the same team:

“Yeah, I saw it, and I know that he still wanted me to be on his team. And I still wanted to be teammates with him,” said Heat talent Jimmy Butler. “Let’s not get that misunderstood. But here, with these guys, I’m not trading that for the world either.”

Clearly, Butler is a happy man in Miami with the Heat, and his tremendous play of late is only testament to this fact. At this point, we are not certain if we can say that same for Embiid in Philly.