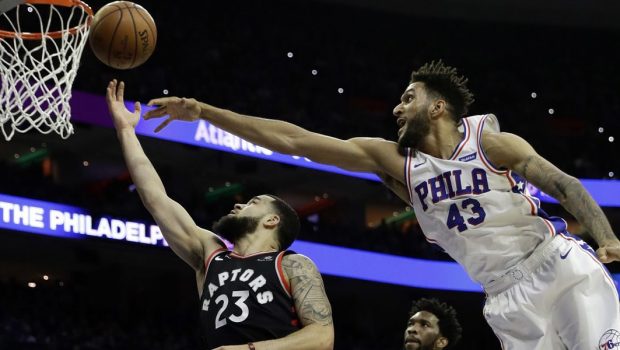 JOJO AND BOBI ARE OUT, SO JONAH BOLDEN IS NEXT MAN UP TONIGHT!

The Sixers will try to end one of their longest losing streaks tonight in OKC.

And they’ll have to do it without their biggest bigs — 7-foot Joel Embiid and 7-3 Boban Marjanovic.

The overall skid is the longest active streak against an opponent in the NBA.

Embiid, a two-time All-Star, has missed the last three games with left knee tendinitis and has been ruled out.

Marjanovic, who was acquired in a trade with the Los Angeles Clippers in late January, injured his right knee late in the fourth quarter of Monday’s win in New Orleans when he got tangled up with the Pelicans’ Cheick Diallo.

An MRI came back negative; Marjanovic was diagnosed with a bone bruise and mild sprain. He is expected to miss at least five days.

“(After) the initial sort of examination, there’s a sigh of relief, given what my gut feel was,” 76ers coach Brett Brown said.

Oklahoma City comes into the game having lost three of its last four after winning 11 of the previous 12.

The Thunder scored fewer than 116 points for the first time since Jan. 6 in Tuesday’s loss in Denver.

Late in the third quarter of that game, Westbrook had words for a father sitting courtside after the man’s son poked Westbrook after a whistle.

“Just let him know you’ve just got to go control your kids; it’s that simple. For all the fans, though, there’s too much leeway for the fans to be able to touch the players and get away with it and then we can’t react and do the things we need to do to protect ourselves.”

Without its two big men, the 76ers will turn to rookie Jonah Bolden and Amir Johnson in the middle. They recalled Justin Patton from the G League. Patton, the 16th pick overall in the 2017 draft, has played in just one NBA game in his career.

The 76ers will also be without guard Furkan Korkmaz, who underwent surgery on Tuesday to repair torn meniscus in his right knee.