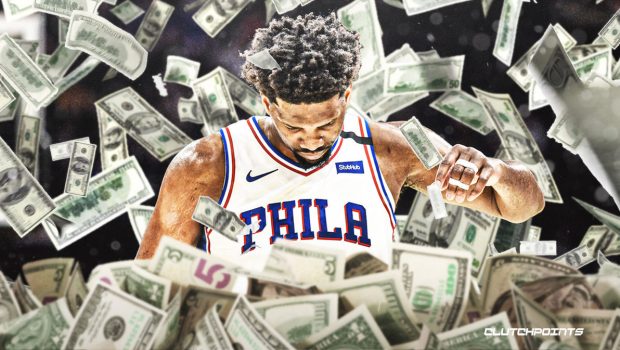 The Sixers play their first money game since March 11 tonight in the Disney bubble against the Pacers, and Joel Embiid will be in the line-up.

The Sixers submitted their injury report at 5 pm yesterday, and Embiid wasn’t on it.

He’d played 12:57 in the first half of the Sixers’ opening scrimmage at Disney World, then exited with right calf tightness and sat out the team’s final two scrimmages.

Embiid had missed 21 of the Sixers’ 65 games before the NBA’s hiatus because of injuries to his right ankle, left ring finger and left shoulder, in addition to an early-season suspension following a fight with the Timberwolves’ Karl-Anthony Towns. He’s averaged 30.2 minutes per game this season, but Brett Brown hopes to increase that number to approximately 38 for the playoffs.

The 26-year-old has expressed an intent to “carry” the Sixers offensively at Disney World. Brown wants him averaging at least 10 free throws per game.

I know what I’m capable of, and I know what my teammates think of me. I know I’m capable of carrying the team,” Embiid said on July 8. “It’s all about me being assertive. If I feel like I’m not getting the ball, I’ve just got to talk to them and do what I have to do, but at the end of the day, I should never be in a position to complain about not getting the ball, just because of who I am.

“I believe I can carry the team. I believe that by being able to do that, I’ve just got to take matters into my own hands. … Obviously I need to be in positions where I feel comfortable, and I’m sure my teammates are going to help me.”

Raul Neto (lower back tightness) is probable and Glenn Robinson III (left hip pointer) is doubtful. Robinson, who suffered the injury in the Sixers’ scrimmage against the Thunder, has drawn praise from Brown and should be in the competition for a playoff rotation spot when healthy.

“A lot of energy, determination from Glenn, really crashing the offensive glass — that’s huge for our group — and then hitting the open three,” Brown said Friday. “Glenn was shooting the ball quite well in all of our practices and that is something that I look forward to once he’s back. I feel like he will be able to help us in both of those regards.”