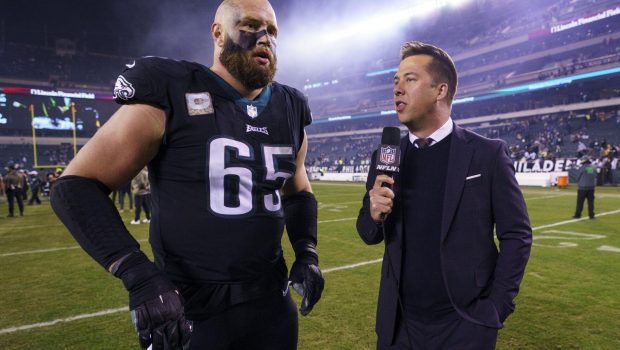 Eagles right tackle Lane Johnson avoided what might have been a catastrophic injury Sunday night, thanks in large part to the grass at the Linc.

Quarterback Jalen Hurts took off running, and Johnson stayed ahead of him upfield to block and got clipped by Packers safety Adrian Amos, who dove low illegally and took the right tackle’s knees out from under him.

Johnson was okay after the play, but it looked bad, and had the playing surface been turf instead of grass, it could’ve been far, far worse.

His knee “would have been f***ed” if it weren’t for the grass field, the veteran tackle told the NFL Network’s James Palmer postgame.

Lane Johnson told me that if he wasn’t playing on grass tonight, his knee “would have been f**ked” on the illegal low block on him tonight by Adrian Amos. He said his cleats thankfully came out of the grass when he was hit on his knee