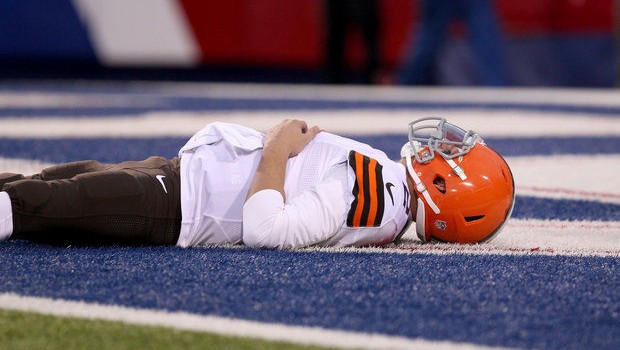 If you are an Eagles fan, fasten your seat belts:

According to a source very close to an agent involved in the trade talks, ChatSports.com is reporting that the Cleveland Browns and Eagles have engaged in multiple discussions to send Browns QB Johnny Manziel, who is currently in rehab, and draft picks, to the Eagles in exchange for Eagles QB Sam Bradford, who was recently acquired via trade from the St. Louis Rams.

There are two major sticking points that are holding up a deal being reached:

1. Sam Bradford becomes an unrestricted free agent after the 2015 season, and the Browns are looking for Bradford to sign a 4-year contract as part of the deal, something Bradford as been reluctant to do. The main reason for Bradford’s resistance to signing with the Browns is the dollar figures thrown out (half the annual salary he makes currently – $12.9MM) and uncertainty of the Browns organization, from coaching staff to ownership to potential teammates.

Our source went further and said that the Eagles are also hell-bent on moving up into the top 2-4 picks in the NFL Draft to select Marcus Mariota (who played under Eagles coach Chip Kelly at Oregon) and need the Browns 1st round pick to be a part of the deal so they can then use it as part of a deal to move into the top 4.

Eagles coach Chip Kelly covets Manziel’s skills and ability to pass the ball on the move, while potentially providing an enviable QB competition with Mariota if the Eagles can maneuver well enough to have both young QB’s on the roster.