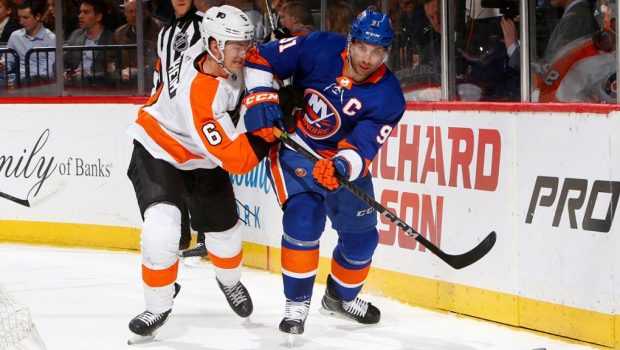 John Tavares put out a list of teams he met with prior to the start of free agency, and it didn’t include the Flyers.

Which was a disappointment to general manager Ron Hextall.

“We would have liked to have been in there,” Hextall said at Flyers development camp yesterday, according to NBCSN Philadelphia.

The 27-year-old center met with his current team, the New York Islanders, along with the Boston Bruins, Dallas Stars, San Jose Sharks, Tampa Bay Lightning and Toronto Maple Leafs during the NHL interview period that began Sunday, according to The Athletic.

Hextall said before the 2018 NHL Draft that he had no intention of offering long-term contracts in free agency in order to keep roster spots open for highly regarded prospects Philly has in its system.

He clarified that message yesterdsay, saying, “I misspoke that day or [the media] misunderstood me. I said we weren’t going to go long-term with a good player. Maybe a great player, we’d look at it.”

“I think it’s holding up the hockey world a certain amount, for sure,” he said.