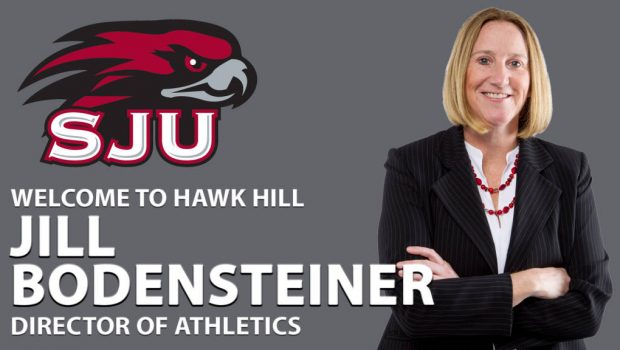 Bodensteiner will be introduced Thursday at Hagan Arena, and she starts June 1. She will oversee the Hawks’ 20 NCAA Division I men’s and women’s varsity sports and membership in the Atlantic 10 Conference.

She spent 20 years at Notre Dame, the last five as senior associate athletic director. At the start of the 2017 season, there were 35 female athletic directors out of 351 NCAA Division I schools, including Penn’s Grace Calhoun.

“These are historically hard jobs for women to get,” Bodensteiner said. “I am passionate about developing opportunities for women and other people underrepresented in the business. It’d be silly for me not to claim it’s not pretty cool. I’m happy to be that female role model for women coming up in the industry. It’s really special.”

Notre Dame’s women’s basketball team is still playing in the NCAA Tournament — where it knocked out Villanova — and is led by coach and former 1970s Hawks star Muffet McGraw.

“It’s especially gratifying to see someone I know take over at my alma mater, a place that I love and care deeply about,” McGraw said. “President Reed is a terrific leader, and now with Jill on board, the university has a great foundation to continue Saint Joe’s excellence for years to come.”

A Notre Dame graduate, she decided about two or three years ago she wanted to become an AD. Notre Dame AD Jack Swarbrick encouraged her to chase her passion and find a job that was the right fit. Bodensteiner is convinced she found it on Hawk Hill.

She also wants to help play a role in fixing some problems in college athletics that appear unsolvable.