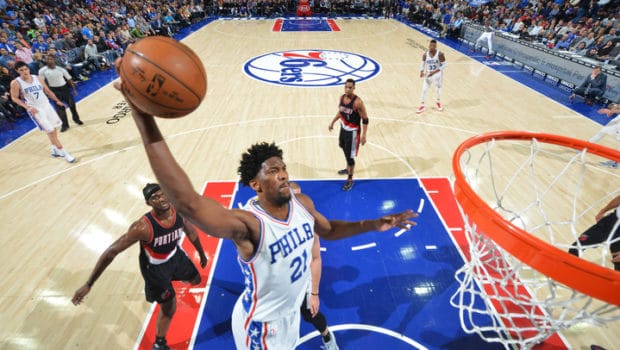 Embiid didn’t make his NBA debut until last October, despite being the third overall pick back in the 2014 draft. He immediately overcame a minutes restriction and mismanaged roster to humble just about every opponent that squared off against him. No individual is more responsible for the pitiful Sixers’ transformation into a surprisingly decent ball club.

With just 31 appearances to his name, Embiid remains the heavy favorite to win the Rookie of the Year Award. Part of that is due to how poor this year’s rookie class has been, and part is due to how quickly Embiid captured the imagination of basketball fans all over the country. He’s as gregarious and charismatic as he is unstoppable and central to everything Philly wants to do on the court — a bright light at the end of Sam Hinkie’s Process-oriented tunnel: