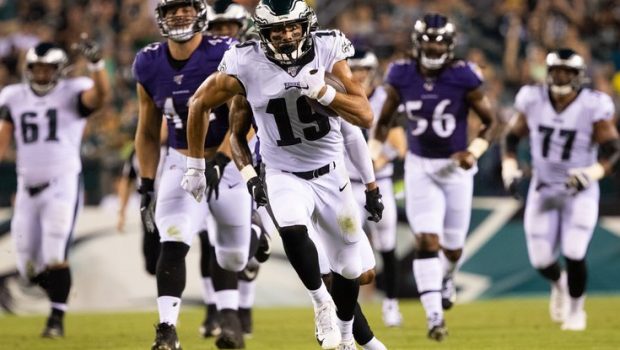 WR J.J. Arcega-Whiteside – Alshon Jeffery is active and will make his 2020 season debut.

RB Jason Huntley – Miles Sanders is back in the lineup after missing two games with a knee injury.

CB Craig James – The special teams captain is out with a shoulder injury. The Eagles brought up rookie cornerback Michael Jacquet from the practice squad for today’s game.

QB Nate Sudfeld – The third quarterback has been inactive for several games this season.

T Brett Toth – Lane Johnson is back in the lineup after missing the Cowboys game with the knee injury.

One thought on “JJ ARCEGA-WHITESIDE A HEALTHY EAGLES SCRATCH TODAY!”