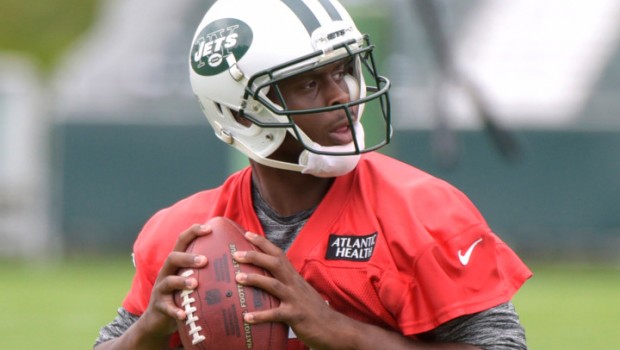 This is incredible, even for the clown car New York Jets

The Jets lost quarterback Geno Smith for 6-10 weeks after he was “sucker punched” by teammate IK Enemkpali this morning in the locker room.

Smith suffered a broken jaw and had to undergo surgery. He will be gone for the start of the Jets season.

Enemkpali, a linebacker drafted in the sixth round of the 2014 draft, was immediately released by the team.

Bowles did not go into the nature of the argument, but called it “childish” and said it was not football-related.

“It was something very childish that sixth-graders could have talked about,” Bowles said.

The Jets have three other quarterbacks on the roster: Ryan Fitzpatrick, along with rookies Bryce Petty and Jake Heaps. Fitzpatrick will get the first crack at being the starter, but Bowles said the Jets could add another quarterback.