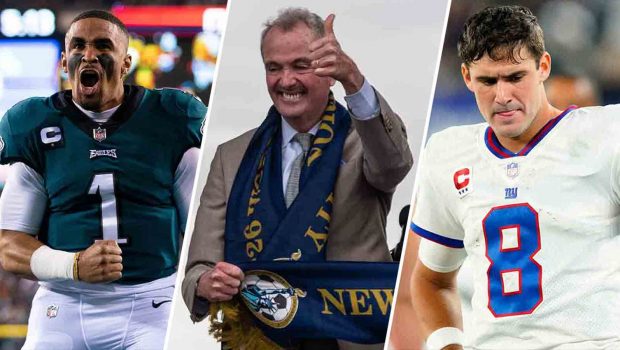 But Murphy failed to acknowledge the upset victories by the two most surprising teams in the NFL, who may represent New York by name but call East Rutherford, New Jersey home.

The Giants defeated the Baltimore Ravens to improve to 5-1 and the Jets stunned the Green Bay Packers to move to 4-2.

And the New York Yankees, who also have many fans in New Jersey, kept their season alive by defeating the Cleveland Guardians in Game 4 of the American League Division Series to force a deciding game on Monday.

It was an unbelievable weekend for @Eagles and @Phillies sports fans in New Jersey.

Congratulations to both teams on two incredible games!

What????? Aren’t you the Governor of New Jersey where the Jets and Giants play? They both won and are having great seasons and you praise two teams who don’t play here?????? Are you serious! https://t.co/jjQsktwU5Q