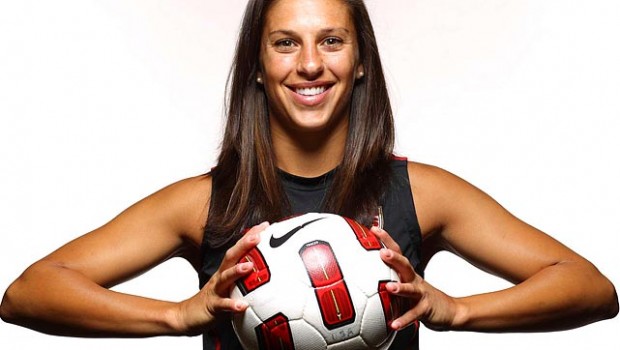 In the filing, the five players contend that the women’s team is the driving economic force for U.S. Soccer, the governing body for the sport in America, even as its players are paid far less than their counterparts on the men’s national team, said their lawyer, Jeffrey Kessler.

The players involved in the complaint are among the most prominent and decorated female athletes in the world: the co-captains Carli Lloyd (above) and Becky Sauerbrunn, forward Alex Morgan, midfielder Megan Rapinoe and goalkeeper Hope Solo.

In their complaint — which was submitted to the Equal Employment Opportunity Commission, the federal agency that enforces civil rights laws against workplace discrimination, on Wednesday — the players requested an investigation of U.S. Soccer. But in taking official action, they also thrust their team into a debate roiling in several sports, notably professional tennis, about equal pay for men and women.