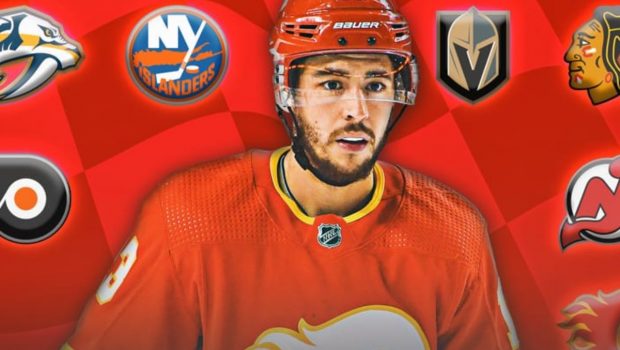 JERSEY BOY JOHNNY GAUDREAU IS STILL OUT THERE FOR THE FLYERS!

Flames GM Brad Treliving is disappointed with Johnny Gaudreau’s decision to become an unrestricted free agent, but he wishes Gaudreau the best.

The Flames reportedly made Gaudreau an offer of more than $80 million over eight years, but ultimately this wasn’t about money.

“We did everything possible to keep him here. It’s a family decision and we respect that fully,” Treliving said.

Gaudreau is from New Jersey. He’s coming off a fantastic season where he scored 40 goals and 115 points in 82 contests, making him one of the best players to hit the UFA market since the cap era began.