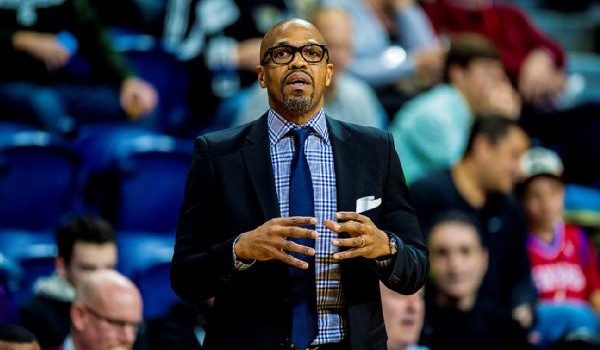 Penn has decided to put basketball coach Jerome Allen out of his misery.

Allen will not be retained following the season, multiple sources told ESPN. Allen joined the staff as an assistant under former coach Glen Miller in 2009. Miller was fired that season after starting the year with seven consecutive losses. Allen was named the full-time head coach and was 33-28 in his first two seasons, finishing second in the league in 2012.

However, he was just 17-42 in the two seasons leading up to this year — and the Quakers are 8-18 this season and 3-9 in Ivy play with two games remaining. Penn plays tonight against Cornell and Tuesday versus Princeton.

Allen was a second-round draft pick in 1995 and played for three teams in the NBA before going overseas for 12 seasons. He was a player-coach for Italy’s Snaidero Cucine Udine in 2009.