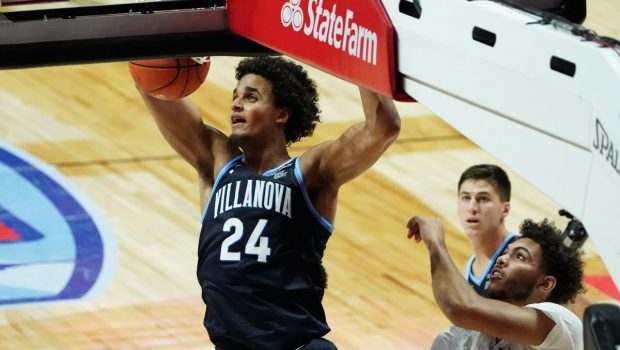 JUSTIN AND JEREMIAH LIFT NOVA, WHICH WILL RISE FROM NO. 12!

Collin Gillespie made four free throws in the last 15 seconds to secure the win, and Jermaine Samuels, who sat out practice this week because of a sprained pinky on his right hand, had a game-high 12 rebounds.

Courtney Ramey and Matt Coleman III each scored 17 points to pace the Longhorns (4-1). Texas had won the Maui Invitational in the program’s best start in six years under coach Shaka Smart, who just last season was under intense pressure and speculation he could lose his job.

Ramey fouled out to send Gillespie to the line and he calmly stroked both shots to put the Wildcats up by four. After Coleman made a twisting layup, Gillespie was again back at the line and swished two more. Gillespie finished with 12 points.

Ramey made a long 3-pointer to tie the game at 57 before Villanova answered with a 3-pointer from Cole Swider with 1:58 to play and the Wildcats held the lead to the end.

The Wildcats won in their first trip to Texas since winning the 2018 national championship in San Antonio. They did it with clutch play from senior leaders Gillespie and Samuels that can carry teams through tight games and a huge, physical push from sophomore Robinson-Earl. Gillespie squirmed away from two defenders to snare the late inbounds pass that set up his first free throws.