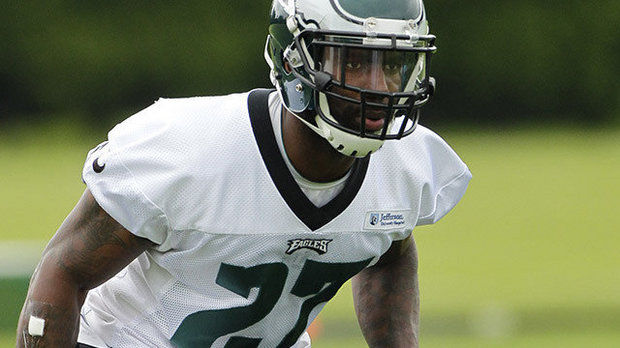 There has been so much change on the Eagles’ roster this offseason — especially in the woeful defensive secondary — that many fans are worried that it may just be change for change sake.

Not Malcolm Jenkins (above), whom the Eagles signed as a free agent safety last season and who lived up to his reputation.

“The change in philosophy is the biggest change,” Jenkins told NJ.com’s Mark Eckel after one of the team’s recent workouts at the NovaCare Complex. “And Cory Undlin is the most important pick up in that room. Even Maxwell, who has great technique and knows how to win, but I think getting coach Undlin is the biggest difference.”

Undlin replaces John Lovett (left), who was re-assigned to the scouting department after the season.

“I didn’t know him at all,” Jenkins said of Undlin. “But seeing him and how he works, he puts a lot of emphasis on technique and eye placement. We’ve only been with him a month, or so, and our room has already gotten better in that month. Just from a standpoint of fundamental football and that’s what we really didn’t get the past two years. I heard that when I got here. And then you saw it last year.

“With coach Undlin it’s going to be a lot different.”

The 43-year-old Undlin most recently worked as defensive backs coach of the Denver Broncos from 2013-14 and as the Broncos defensive quality control coach in 2012.

Before his tenure in Denver, Undlin spent three seasons with Jacksonville coaching the club’s defensive backs for two years and spending another season as a defensive assistant working with the defensive line and outside linebackers.

He also coached four seasons in Cleveland (2005-08) and one year with New England (2004), where he worked primarily with the secondary.

Now, he’ll be working with the Eagles revamped secondary.

“Honestly, it’s what a lot of teams go through, the room changes a lot,” Jenkins said. “It happened in New Orleans, too. When I got there the guy I looked up to the most was Roman Harper and then he was gone. And by the last year when I left the room it had turned over two times. It’s just what happens in the NFL. Guys move around in free agency.