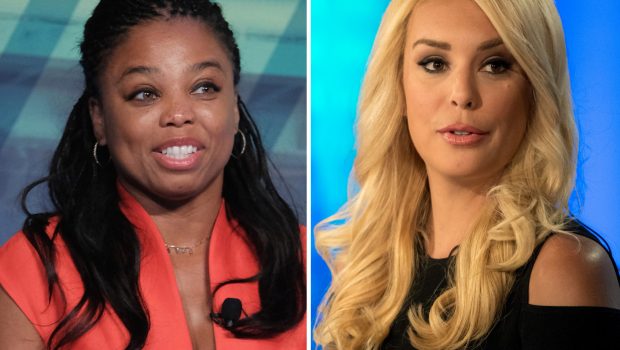 JEMELE HILL TO BRITT MCHENRY: YOUR RACISM IS SHOWING!

Taking to Instagram over the weekend, McHenry fired off a pointed criticism aimed at ESPN’s “High Noon,” which is hosted by Bomani Jones and Pablo Torre.

“Does anyone actually watch this show? Example of [former ESPN president John] Skipper filling demo’s over talent,” McHenry posted, seeming to allege Jones and Torre got their show because they are minorities. The message was screengrabbed by another alum of the Worldwide Leader, Jemele Hill.

“Be careful, your racism is showing,” Hill tweeted.

“Had she just said she didn’t like the show, i wouldn’t have said anything. But she immediately suggested that they were on tv because of her race. These guys are my friends, and she’s a moron for belittling them in that way,” she penned.

One thought on “JEMELE HILL TO BRITT MCHENRY: YOUR RACISM IS SHOWING!”