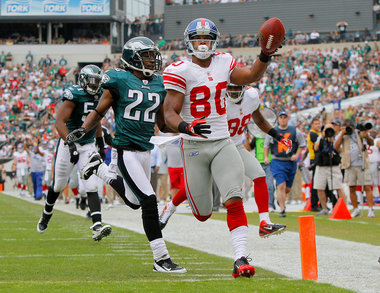 The Chicago Bears have agreed to a one-year deal with free-agent wide receiver Victor Cruz. The Bears were in need of help at the position after losing Alshon Jeffery to the Eagles earlier this offseason via free agency. Cruz, 30, joined the New York Giants as an undrafted free agent out of UMass in 2010 and quickly made his mark. He starred on their Super Bowl XLVI-winning team in 2011 and had 303 catches, 4,549 receiving yards and 25 touchdowns in his seven seasons with the team.