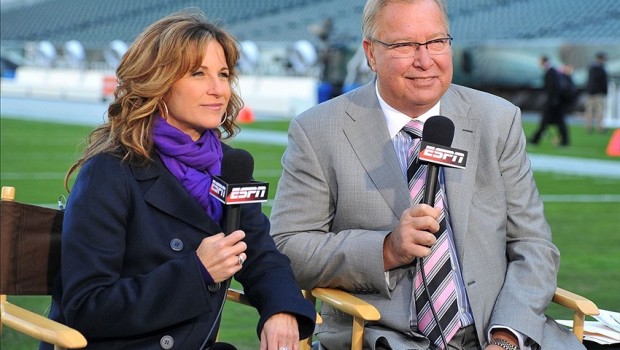 The Eagles won just nine games last season, and they had to struggle to do that as defending Super Bowl champs.

But one of their great ex-players has set the bar way higher for 2019:

“Veterans players. All-Pro players. There are well-coached players on both sides of the football with [head coach] Doug Pederson on the offensive side and [defensive coordinator] Jim Schwartz on the defensive side,” Jaworski told Penn Live. “The kicking game is strong. It’s really a good football team that I think can win 14 games this year.”

Jaworski loves the offseason moves the Eagles have made, specifically noting that bringing back wide receiver DeSean Jackson should help fellow wide out Alshon Jeffery become even better.

As for those worried about the health of Carson Wentz? Jaworski is not so concerned.

“Everyone seems to be concerned about the health of Carson Wentz, but you could say that about every player in the league,” he said. “It’s a violent game. You just take your chances and you want him to play like he’s always played. Well, I say that guardedly because I would like to see him run less and make plays from the pocket more.”