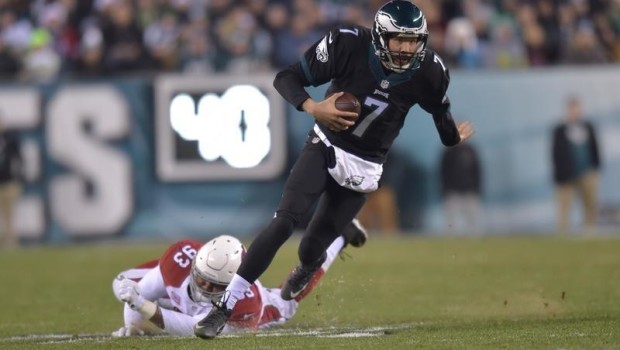 JAWS HAS SOME ADVICE FOR WHINY EAGLES QB SAM BRADFORD

Jaworski was the Eagles quarterback when the team drafted Randall Cunningham.

“You have to accept that as a quarterback,” Jaworski said at the grand opening of his recently purchased golf course; Ramblewood Country Club.

“The average life span in the NFL is 3.5 years. It’s a very short career. There are different schools on it. Brett Favre said that he wasn’t helping Aaron Rodgers, and he didn’t.

“I was different. In my formative years, guys like James Harris helped me become the quarterback that I became. When Randall and those guys came in, I was willing to give my time to them. Young players that needed the guidance of a wily old veteran.

“I would hope that Sam would take that same approach. The veterans that he learned from, he would understand that Carson Wentz would need some strong veteran leadership. Football is the consummate team game. It is all about the Philadelphia Eagles winning and not about Sam Bradford having success. That’s how Sam has to approach it. I’m confident he will. I think he will understand there’s a certain protocol you need to follow in helping young people.”

Similarly to Wentz, Jaworski made the leap from FCS (formerly Division I-AA) after playing his college ball at Youngstown State. Jaworski thinks that Wentz is built to have an easy transition to the NFL beginning with this week’s rookie minicamp.

“I don’t care where you play,” Jaworski said of Wentz coming from North Dakota State. “It’s how you play. Wentz played great. I looked at all his tape. I went out to Fargo and spent time with him at his Pro Day. He is the real deal.

“He not only has the physical talent, but the stature and ability to make every throw, but he’s a family guy. He’s faith based. I talked to his teammates when I was out there, I talked to the equipment manager, I couldn’t find a negative thing about Carson. I couldn’t find it. He had a great legacy at North Dakota and I think he’s going to have a great legacy with the Philadelphia Eagles.”