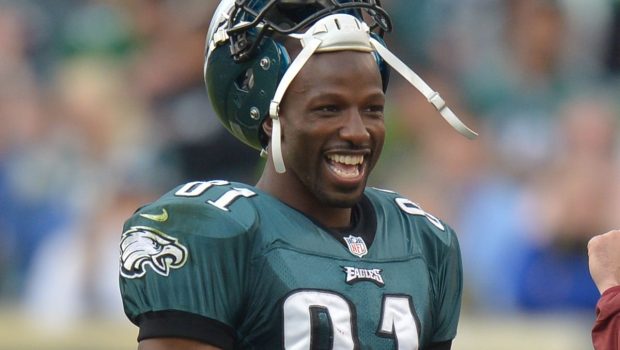 JASON AVANT WILL TEACH EAGLES RECEIVERS HOW TO RUN ROUTES!

Jason Avant has returned to the Eagles as part of the league’s Bill Walsh NFL Diversity Fellowship working with the wide receivers at the NovaCare Complex.

In an NFL career that spanned 11 seasons and 346 receptions, including eight seasons and 297 catches as an Eagle, Avant was a great route-runner, and was one of the league’s clutch third-down receivers running out of the slot. He “broke ankles,” as they say in the business.

A fifth-round draft pick of the Eagles in 2006, Avant last played in the NFL with Kansas City in 2015. Since then, he’s lived in South Jersey and has been extremely successful in running two exercise and fun zones, called Launch Trampoline Park. But when COVID-19 hit, his businesses closed. After a couple of months of waiting, fruitlessly, for the word from local government to open, Avant decided to take a different approach.

“I was a coach when I played. I was the coach in the receivers room,” Avant said. “I approached the Eagles a few months ago and, at the time, they didn’t know what Training Camp was going to look like. Then Doug (Pederson, head coach) and Howie (Roseman, executive vice president/general manager), along with Aaron Moorehead (wide receivers coach) gave me the go-ahead and here I am.

“We’ve got some great veterans here and we have three young draft picks, Jalen (Reagor), John (Hightower), and Quez (Watkins), and I’m going to do anything I can to help them develop their games. It’s just not about speed and movement, and they have plenty of that talent. How can I help them get off the press? How can I assist Aaron with his program? I have known Aaron since he was a host when I went on a recruiting trip to Illinois back in the day. I went to Michigan, but I’ve known Aaron for a long time, and he’s a great coach.”