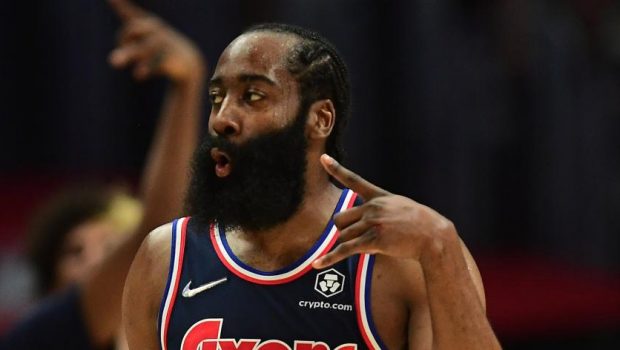 JAMES HARDEN’S NOT LIVING UP TO HIS END OF SIXERS TRADE BARGAIN!

Losing last night to the West-leading Suns was no disgrace, but it dropped the Sixers from 1st in the East to 4th!

But the poor shooting performance by Sixers All-Star guard James Harden was not what they paid for after the big trade.

Joel Embiid rained down 37 points in the battle to beat the NBA’s top rated Suns, but Harden shot a paltry 2-11, scoring just 14 points in this showdown with Phoenix.

They had a decent road trip winning 2 out of 3, but they still need to stack wins as they return home Tuesday versus the Milwaukee Bucks.

Playoff seeding down the stretch is key with 8 games left on the regular season schedule.