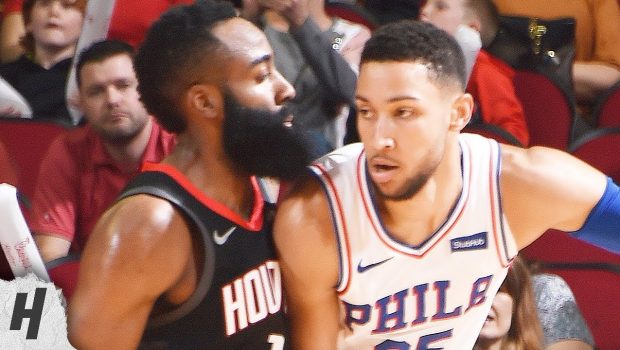 ESPN NBA guru Adrian Wojnarowski is reporting that Houston Rockets All-NBA guard James Harden has made it clear that he wants a trade to the Brooklyn Nets.

The Athletic’s Shams Charania reported yesterday that the Sixers were in the mix for a Harden trade.

As Harden’s conversations with the Nets’ stars Kevin Durant and Kyrie Irving ramped up in recent weeks on the West Coast, sources said the Rockets made a pitch for him to sign the maximum allowable extension — two years and $103 million on top of the remaining three years, $133 million on his current deal.

Houston and Brooklyn have been in contact but so far haven’t engaged in meaningful dialogue, sources said. The Rockets want a massive return of assets for Harden and are willing to be patient to find that in the marketplace. So far, there’s no indication the Rockets believe the Nets could deliver a package that fits that profile.

Because Harden is under contract for multiple years, Houston has the ability to slow-play the process, flesh out offers and use that time to try to change Harden’s mind. Houston’s preference has remained to work through the issues and keep him long term, but that’s clearly a difficult road right now.

Harden believes his window to chase championships in Houston has ended, and constructing a super team with the Nets represents his best pathway to a title, sources said. Harden can become a free agent in 2022 if he opts out of the final year of his contract — and sources said Brooklyn represents a two-year play to win a title before deciding on the next steps in his career.

This has been described by one source as “his AD moment,” in reference to All-Star Anthony Davis who forced his way out of New Orleans for the opportunity to win a title with the Los Angeles Lakers.

The Rockets were selling Harden, 31, on the idea of an extension that would help to complete his career in Houston, but so far he’s rejecting that idea.