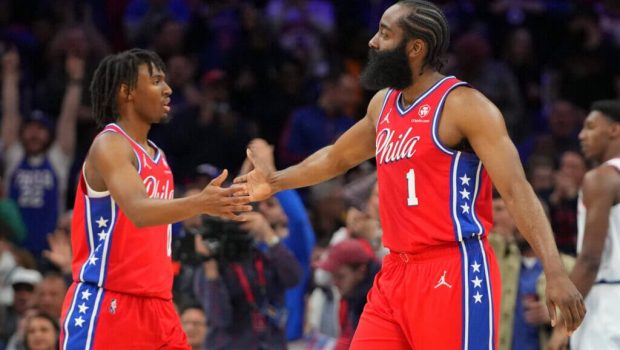 He played 41 minutes and added seven rebounds and a game-high nine assists.

Coming into last night’s game, Harden had been shooting just 39.8% from the field over nine playoff games, but he was hot in this one and provided multiple clutch buckets down the stretch to keep Philly on top.

Tyrese Maxey also played very well in the win, scoring 18 points on 5-of-10 shooting (6-of-6 FT) to go with three rebounds, four assists and two triples over 42 minutes.