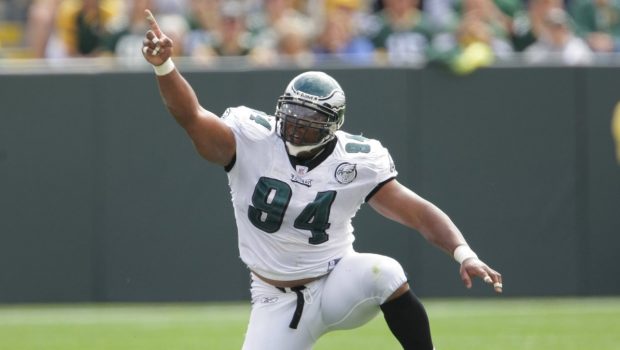 JALEN REAGOR’S DAD MONTE PLAYED AND COACHED FOR THE EAGLES!

Eagles top draft pick Jalen Reagor is the son of former NFL defensive lineman Montae Reagor, who played in 2007 for the Eagles.

Montae was drafted in the second round in 1999 by the Denver Broncos.

He played four seasons for the Broncos, four more for the Colts before finishing up with the Eagles.

He had 17 sacks in his career. Montae Reagor was a coaching intern for the Eagles in 2011.