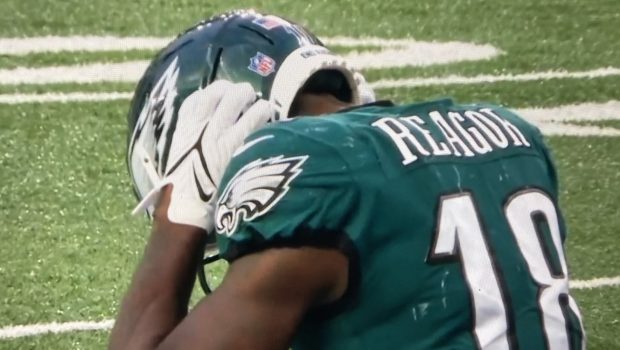 JALEN REAGOR HAS GOT TO BE AN EX-EAGLE, AND FAST!

Jalen Reagor has been a knocked-down bust ever since he was drafted in the first round by the Eagles in 2020.

Ahead of Justin Jefferson!

ESPN’s NFL Nation placed Reagor on a list of 32 NFL stars that need a ‘change of scenery’ in 2022:

Expectations were high in Philly when Reagor was selected 21st overall in the 2020 draft, especially considering the Eagles passed on Justin Jefferson to take him.

Jefferson’s career immediately took off, Reagor’s has yet to, and that has created an awkward strain between player (33 catches for 299 yards and two TDs last season) and city.

A fresh start would alleviate some of the pressure and allow Reagor to play more freely.