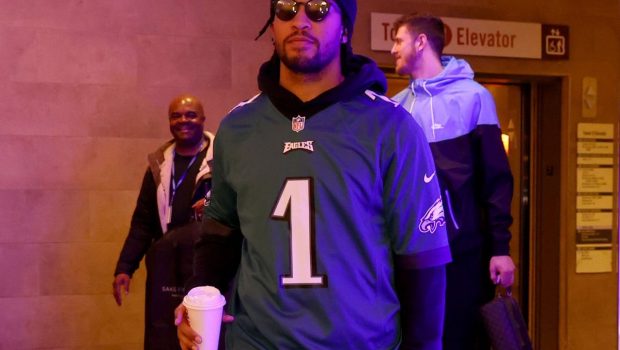 Brunson was seen wearing a jersey of Eagles quarterback Jalen Hurts before the Knicks’ ugly 116-105 loss to the Wizards on Wednesday night at Madison Square Garden.

The 26-year-old Brunson, a New Brunswick native, is a big Eagles fan from growing up in southern New Jersey.

Brunson has other Philly ties when he was a key member of Villanova’s 2018 national championship team.