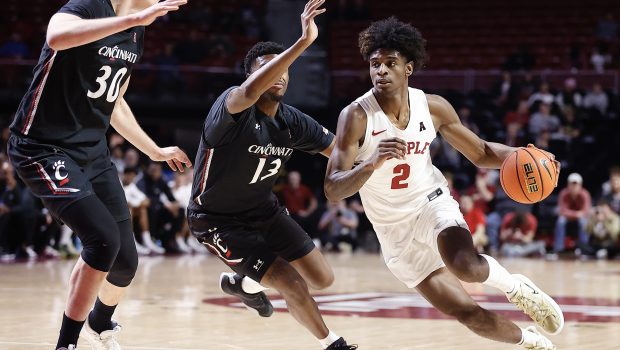 Khalif Battle shot 5 for 12, including 3 for 6 from beyond the arc to add 14 points. Zach Hicks was 4 of 8 shooting (3 for 5 from distance) to finish with 13 points, while adding eight rebounds.

Landers Nolley II led the way for the Bearcats (10-5) with 15 points. David Dejulius added 13 points and two steals for Cincinnati.

Temple took the lead with 5:27 left in the first half and did not give it up. White led his team in scoring with 10 points in the first half to help put them ahead 37-29 at the break. Temple outscored Cincinnati by one point in the final half, while Battle led the way with a team-high 13 second-half points.