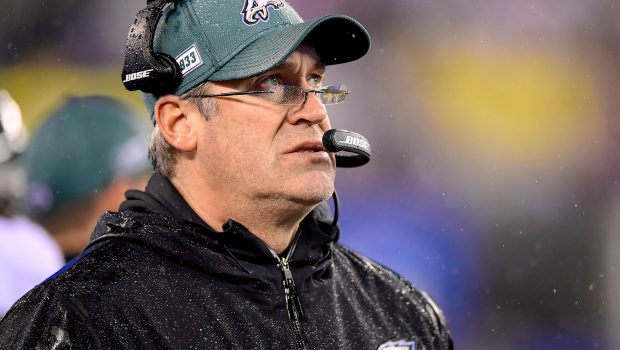 Doug Pederson returns to Philly Sunday for the first time since he was shitcanned as Eagles coach in January 2021.

He’s the new head coach of the Jags, and he’s doing a bang-up job.

“We knew the Jags would be better with new coach Doug Pederson replacing the disgraced Urban Meyer.

But the past two weeks, the Jags flat-blasted the Colts and Chargers by a 62-10 margin.

While Trevor Lawrence is and will be the face of the product, this is bigger than the franchise QB.

The defense has been balling under new coordinator Mike Caldwell, infusing a pair of first-round rookies in Travon Walker and Devin Lloyd.

And the big offseason haul of free agent signings is paying dividends already.

It’s too early to declare that the Jags have arrived and are destined to be playing in mid-January. But this much for certain: As bad as they’ve been in recent years, they have quickly ignited a turnaround.